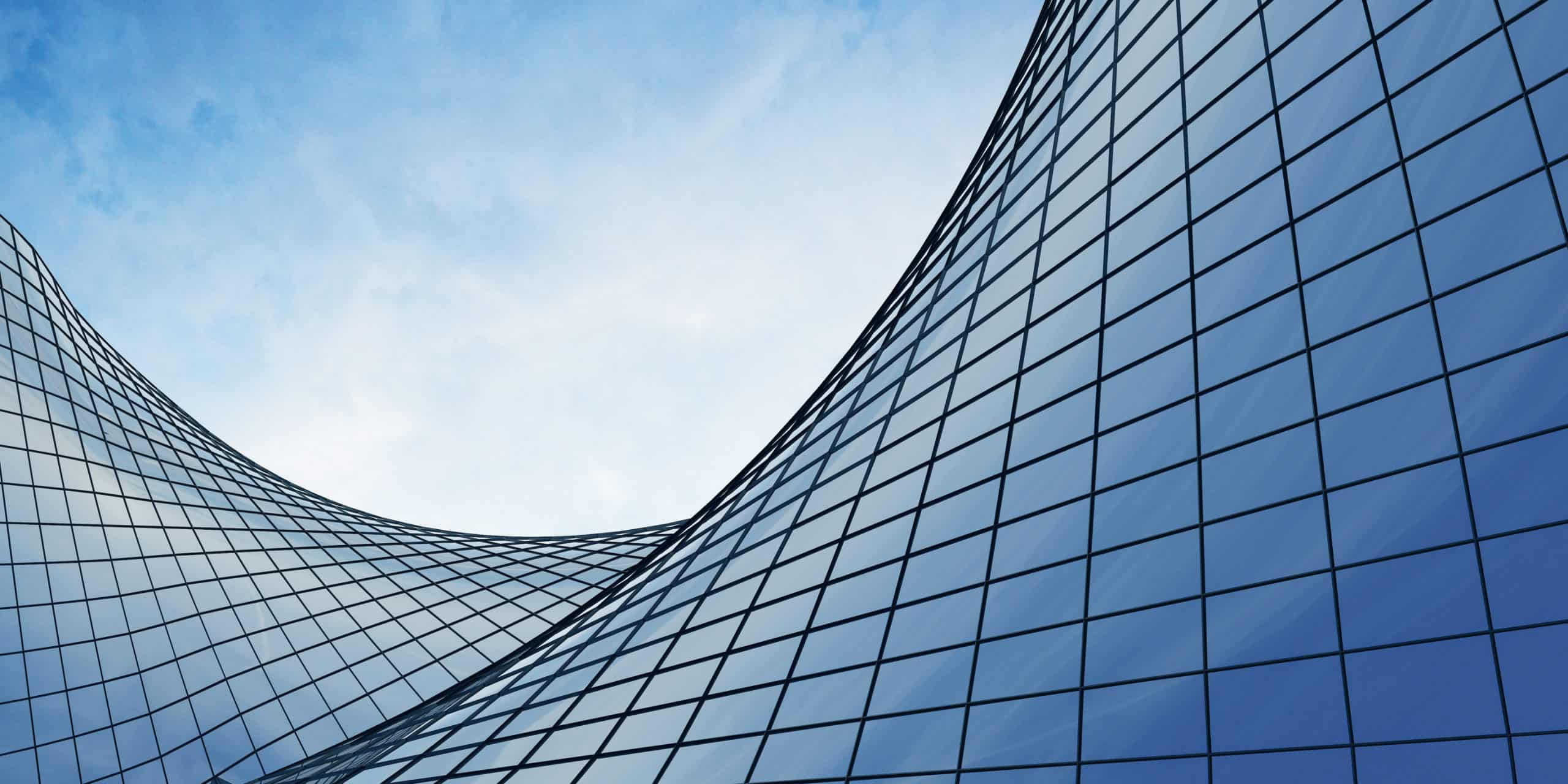 This July, we saw continued legislation and rulemaking progress on the federal level and in California and Washington. We also saw the release of SNAP 25 and articles about everything from improvements in ESG reporting to the smuggling of HCFCs. Read on for more insight into this month in the HVAC/R and ESG world.

This July, we saw continued legislation and rulemaking progress on the federal level and in California and Washington. We also saw the release of SNAP 25 and articles about everything from improvements in ESG reporting to the smuggling of HCFCs. Read on for more insight into this month in the HVAC/R and ESG world.

Comments on the SEC’s proposed rulemaking for climate disclosures closed last month. Trakref submitted our own comments – you can read them here. Now, the SEC will review comments and then move forward on rulemaking.

SB 260, which would require companies operating in California making more than $1 billion in revenue to report on Scope 1, 2, and 3 emissions to the state, is also progressing forward. It still has a few more steps to go before arriving at the governor’s desk. The first of these is a hearing on August 3 – you can tune in here.

On July 6, Washington Department of Ecology held another stakeholder meeting around HB 1050, which will phase down HFCs in the state.

There are also updates to the Refrigerant Management Program. This program will apply to larger stationary and refrigeration and larger commercial AC systems (50 pounds or more). It is not expected to start any earlier than January 2024, and will include registration, reporting, recordkeeping, leak inspections, and leak repair. There will be exemptions for low-GWP refrigerants (less than 150 GWP) and systems that have auto-leak detection systems.

One of the biggest developments is a new date for when phase-downs will go into place. These rules will begin January 1, 2026 rather than in 2025, as was originally proposed.

To read the latest rule language, visit the Department of Ecology webpage.

For a complete overview, check out the SNAP Proposed Rule 25 factsheet. Also be on the lookout for an upcoming blog from Trakref where we’ll delve into the rule further.

The Supreme Court and the EPA

On June 30, the US Supreme Court struck down the EPA’s Clean Power Plan. This will limit the agency’s authority to address climate change, including their ability to limit GHG emissions. While this specific case, West Virginia v. EPA, is specific to the coal and natural gas industries, it may eventually have implications down the line for refrigerants. The case looks at the breadth of the EPA’s decision-making and how it must be applied.

For now, the EPA still has authority to regulate GHGs in a broader sense, since Section 111’s new Source Performance Standards program, which the case specifically addressed, is only one of three programs for regulating air pollution under the Clean Air Act. The National Ambient Air Quality Standards Program and the Hazardous Air Pollutants Program are still untouched, but they each have their own limits. The implications of this case are still uncertain and will mainly depend on how lower courts interpret the case, but there will be changes in how much authority the EPA must combat climate change.

Read more about the case on JDSupra.

Two new bills focused on consumers have been introduced in the US senate.

The HEATR Act, introduced by Senator Amy Klobuchar, Is a new bill that looks to establish incentives for manufacturers to transition production to heat pumps, leading to lower upfront energy costs to consumers. It will also accelerate the deployment of super-efficient technology. Heat pumps are more efficient than traditional equipment, so they can save people money on energy bills while cutting greenhouse gas emissions. Read more about it here.

In an article for The Conference Board last year in 2021, Merel Spierings noticed a trend of climate and environmental proposals by shareholders. We’ve also noticed this trend, especially with the number of proposals and groups that are creating standards around investments for climate change.

The Sustainability Group is one of these groups focusing on shareholder advocacy around climate change. They rely on direct corporate engagement, policy engagement, and proxy voting to advocate for more disclosers from companies.  As of March 2022, they were managing roughly $3.7 billion in assets with socially responsible investing criteria in mind.

As You Sow is another group advocating for shareholder engagement that focuses on climate change. They work directly with executives to develop practices that reduce risk while still increasing the bottom line. In their most recent report, they found that many companies still receive a “F” for their overall net zero grade. They are putting more pressure on executives to do better and reach net zero goals.

Principles for Responsible Investment also focuses on commitments to environmental responsibility. Investors who sign commit to incorporating ESG issues into investment analysis and policies, and seek approporiate disclosure on ESG issues for companies they invest in. In July, they held three webinars about their goals: one on investors’ roles in advancing decent work, one on TCFD capacity in China, and one on navigating responsible investments.

All of these groups and initiatives show that there is an increasing demand for sustainability initiatives. Shareholders are making decisions from ESG information, and stakeholders are increasingly demanding more accountability from companies. We agree with Spierings’ assessment that this trend will continue, and companies must prepare.

Sustainability a Top Priority for Retailers

The Packer attributes these results to the financial implications of climate change, noting that retailers anticipate that there will be disruptions to the supply chain and store operations as extreme weather and other effects take hold. We would agree with this assumption – it’s like why investors and other stakeholders are interested in companies reporting on their sustainability efforts and their risks to climate change.

To read more about the survey, visit The Packer.

PepsiCo Leads the Way in ESG

In an article for Business Insider, Erica Sweeney identifies PepsiCo as having a “world-class” ESG agenda. She points specifically to PepsiCo Positive, an ESG program that is helping the company grow and become more resilient to climate change and other threats being predicted. This is embedded into the company’s overall framework, connecting sustainability and governance. Progress is reviewed by the Executive Council and regularly shared with investors and consumers through their website.

This is the kind of progress Trakref advocates for. We want to see more companies use governance to operationalize sustainability and make it a priority – not just something that one or two people are responsible for without any help from leadership and executives. To learn more about operationalizing sustainability through corporate governance, read our blog from earlier this month.

US Supermarkets Lag Behind Europe

In their second Climate-Friendly Supermarket Scorecard, the Environmental Investigation Agency claimed that US supermarkets leak 25% of their refrigerant gases a year. This lags behind the progress that European supermarkets have made. Of the sixteen companies evaluated, only two received a passing score from EIA.

ALDI, Whole Foods, and Target received the highest scores. In addition, Meijer ranked the highest in refrigerant management, and Walmart scored highest for their policy and commitments. EIA notes that many companies are improving, but it is still not enough.

In an article for Sustainable Brands, Anne Simpson covers how water is becoming an environmental financial risk for companies. According to an analysis by Ceres, more than 50 percent of companies on the S&P 500, Russell 3000, MSCI World, and MSCI EM are exposed to medium to high water risks. This is all happening as half of the world’s population is expected to face severe water stress by 2030.

Investors are increasingly looking for information about water risks, and they will likely get what they’ve wanted through the SEC’s rulemaking. Further help is on the way with the Ceres Valuing Water Finance Initiative, which will help investors in their appraisal of risk and opportunity through science-based expectations for corporate water management. We continue to expect water to be a pressing issue in the ESG space with more data and studies coming out about water issues affecting our planet.

Jack Govers, CEO of A-Gas says, “This acquisition demonstrates our ongoing commitment to the effective lifecycle management of refrigerants which is a critical part of the circular economy and building a sustainable future.”

This is the tenth acquisition from A-Gas since 2017, which includes global expanision in Asia, Europe, and Australia.

Read more about the acquisition in The Cooling Post.

A former south Florida resident Jorge Murrillo pled guilty to violating the Clean Air Act by importing over 300,000 kilograms of illegal HCFC-22 into the US from China. Murillo was smuggling HCFC-22 to sell on the black market. He would negotiate for large quantities of the chemical and then import them to South Florida ports. The market value of the smuggled chemicals totaled over $1.5 million.

Read more about the case on Justice.gov.

New Hole in the Ozone Layer

A new hole in the Ozone layer was discovered by Canadian chemical physicist Quing-Bin Lu. This one is over the tropical regions and is seven times larger than the holes over the North and South Poles.

This hole is different than the other holes in that it is the same year-round – this made it hard to detect. It also wouldn’t have been identified as a hole under old definitions. Lu redefined a hole as an area with ozone loss greater than 25%. Lu believes that this new hole is affecting climate change, but further research is needed.

That covers our run-down of the latest in HVAC/R and ESG news for this month. For next month, be sure to keep an eye on our blog. We’ll have information about EPA refrigerant regulations and a run-down of SNAP 25 in detail, as well as a look at some of our latest partnerships and upcoming updates to our software.

Also be sure to register for our open mic events. On August 4, we’ll be talking about fugitive emissions in ESG reporting, and on August 18, we’ll be looking at EPA refrigerant regulations.