The Latest Updates to the AIM ACT

Trakref® / AIM Act  / The Latest Updates to the AIM ACT

The Latest Updates to the AIM ACT

The American Innovation and Manufacturing (AIM) Act passed in 2020 and greatly impacted the refrigerant industry. In an effort to fight global warming and curb greenhouse gas emissions, the act looks to phase out certain HFCs commonly used in air conditioning, fire suppression, and industrial refrigeration with next generation technologies.

The American Innovation and Manufacturing (AIM) Act passed in 2020 and greatly impacted the refrigerant industry. In an effort to fight global warming and curb greenhouse gas emissions, the act looks to phase out certain HFCs commonly used in air conditioning, fire suppression, and industrial refrigeration with next generation technologies.

The AIM Act is well suited to address climate change. It is in line with the Montreal Protocol and subsequent Kigali Amendment, following a general trend in curbing fluorinated gases, specifically HFC emissions. It’s considered a “sister” law of the Clean Air Act and SNAP. It realizes the potential of potent greenhouse gases and puts regulations in place to help fight climate change, all while assisting in job creation and bringing economic benefits annually.

The passage of the AIM Act put certain rulemaking into effect, and people in the refrigeration and manufacturing industry are already making their voices heard with petitions. The Environmental Protection Agency (EPA) recently held open meetings about the petitions and rulemaking currently being made under section (i) and the HFC Allowance Allocation. We sat in and have the latest on how the EPA is fighting ozone-depleting substances through this act.

Background on the American Innovation and Manufacturing Act

The AIM Act passed congress and the senate, and was enacted on December 27, 2020. The AIM Act directs EPA to phase down the production and consumption of HFCs by 85% by 2036.

The AIM Act looks to phase down HFC production and consumption through an allowance allocation program. It also looks to facilitate sector-based transitions to next-generation technologies. Finally, it is meant to promulgate certain regulations for the purposes of maximizing and minimizing releases of HFCs and their substitutes from equipment.

Ultimately, the AIM Act recognizes the high global warming potential of HFCs and ask for industry professionals to come together to curb their emissions. To solve the climate crisis, we need to address harm to the planet, and the AIM Act codifies this through a specific HFC phasedown schedule.

The AIM Act directs EPA through the HFC Allocation Rule

As part of the AIM Act, the EPA created final ruling on HFC allowance allocation and trading programs. This final rule was published in the Federal Register on October 5, 2021.

The final rule establishes an HFC allowance allocation trading system to phase down HFCs. Total emission reductions from 2022 to 2050 are projected to amount to the equivalent of 4.6 billion metric tons of carbon dioxide. This is nearly equal to three years of US power sector emissions at 2019 levels. With these regulations promulgated, the estimated present value of the cumulative net benefits is more than $272 billion from 2022 through 2050. It is clear that these allocations will be critical to fighting climate change and will help us develop better ways of interacting with the environment.

HFC allowances for the calendar year 2022 have been issued. Set-aside allowances were just announced.

The EPA opened up public comment on the next phase of AIM Act’s HFC Allocation Rule during a meeting on March 30. The original framework rule created allowances that are needed to produce or import bulk HFCs through 2024, and now the EPA is creating allocation rules that will lead us past 2024.

The EPA used this open meeting to get feedback on the general pool allocation methodology. They looked for feedback on their issued allowances in 2022 and 2023, specifically if they should use the same. There was some interest in the rule establishing an allocation methodology that will be used for a longer period than the 2021 rule, and there was also interest in multi-year allocations.

The EPA is also considering the challenges of instituting an auction of allowances. They also are taking comment on the advantages and disadvantages of companies entering or exiting the allowance allocation program. If you weren’t able to make the public meeting, public comment and feedback is still open. 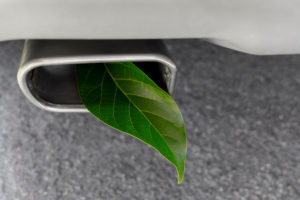 In addition to the HFC allocation rules, the EPA is opening up comment on section (i), which refers to technology transition rulemaking.

Under section (i), the EPA may propose rules to restrict the use of HFCs in a sector or subsector in which the HFC is used. This restriction can happen fully, partially, or on a graduated schedule.

However, a person may petition the EPA to promulgate a rule. There is an extensive list of factors that are considered in determining to grant or deny a petition. Petitions must be made available within 30 days acted upon, and if granted, the EPA must complete a rulemaking within two years. 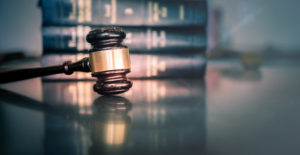 In 2021, EPA received petitions to restrict HFCs under subsection (i). They evaluated the petitions, considering statutory factors and other elements, and ultimately granted 11 petitions. These petitions were considered by deciding what was good for the general public – and not everything in every petition was considered, since some elements contradicted each other or overlapped. Near-term vs long-term elements as well as graduated reductions were taken into account.

The statutory deadline for a final rule on all of these petitions is October 7, 2023. The EPA must consider negotiation with stakeholders following the Negotiated Rulemaking Act before the commencement of the rulemaking process.

The EPA noted that some petitions requested restrictions that are identical or similar to previous SNAP rules, which are partially vacated by the DC Circuit and then brought back to the EPA. Other petitions requested that the EPA restrictions go even further than SNAP rules. For certain actions, the EPA must factor in best available data, overall environmental factors, and other elements.

As the petitions currently stand, they may lead to outcomes that would help further protect the environment and affect HVAC systems who will need to comply with new protocols.

Rulemaking may lead to the restriction of HFC in certain subsectors. It will also lead to a reduction in HFC use and emissions. Finally, it will lead to promoting US innovation in the development of substitutes and alternative technologies.

This is why it’s so important for HVAC pros to pay attention to these petitions and provide feedback. There will be new phase-outs to be aware of – or otherwise risk violation of the AIM Act. Listed HFCs for prohibition will have to be followed, and specific refrigerants will be banned.

This is all good for the environment and at trakref, we advocate for legislation and following actions that are best for curbing the climate crisis. But it will ultimately have a significant impact on the lives of HVAC/R professionals who will need to follow the EPA’s example. Providing your own feedback is crucial during this time.

So where does the rulemaking go from here?

The EPA will plan to address the granted petitions in a single rulemaking. They realize that many cover the same or similar issues, so they are able to address most of them at one time.

From there, they will propose and establish framework elements and definitions for implementing the petitions and subsection (i). We anticipate there will be more webinars to watch out for as this process continues.

What HVAC Pros Need to Know

What can HVAC/R pros take away from this proposed rulemaking and HFC allocation rules?

HVAC/R pros should keep an eye on whether there will be a manufacturing deadline for HFC products. This hasn’t been determined yet, but it will be important to know in order to properly phase out any HFCs that you’re currently using in your systems.

We’ll also need to keep an eye on the transition to products and other alternatives. As some people brought up on the call, a big question is the price and availability of these products. There could be issues with the supply chain. There’s already a high demand for HFO products as people are moving away from HFCs due to other legislation at the state level. This would only increase if there is action at the federal level.

Finally, HVAC/R pros should be considering what is currently being used in their systems. Some systems will need a complete overhaul of the refrigerants that are being used if you are still relying on HFCs. Make sure you have a clear understanding of what you are currently using so you can pivot if needed.

If this all seems overwhelming – it is. Staying on top of legislation, paying attention to webinars, and reading through petitions is not what most facility managers and technicians want to be doing, or even have time to do. There’s plenty of fieldwork and reporting to be done.

This is why relying on spreadsheets or paper logs is an unreliable way to do business. If you’re doing your work this way, you can’t efficiently track what refrigerants you’re using. When it comes time to pivot to alternatives, you might not have the information that you need.

This is where trakref comes in. Our compliance workflows are updated with the latest legislation. This way, when you’re entering data, you’re automatically following the right protocols. You’ll also be able to make sure that you’re using the refrigerants that you’re supposed to be using, rather than having phased-out chemicals. Our reporting will also help with recordkeeping requirements and making sure you are staying within your consumption baseline.

Get in touch with us today before legislation changes.

Come talk with the Refrigerant Geeks

If you want to learn more about the AIM Act and this proposed rulemaking, come to our open mic on April 28 at 1:30pm. You can sign up here.

And if you want to share information about the AIM Act with colleagues, download our free handout here.