SF6 Geometry, SF6 Structure, and the Secret to SF6 Management 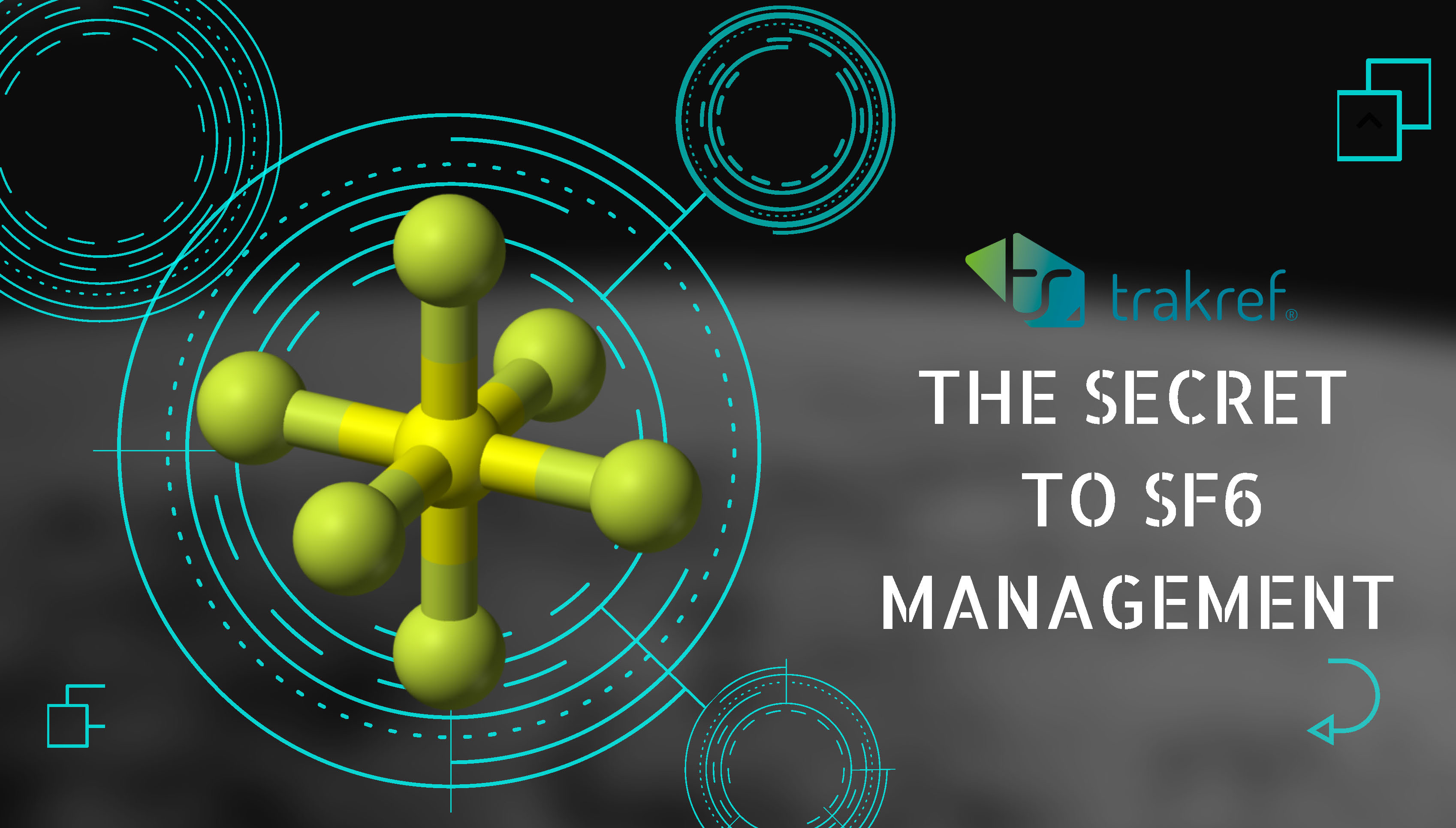 SF6 Geometry, SF6 Structure, and the Secret to SF6 Management

In Uncategorized
By Ted Atwood

Sulfur hexafluoride…if you try to say it 10 times fast it will tie your tongue in knots. It’s the most famous of all the F-gases, and for any pop culture fans it’s similar to being the most famous murder victim in any of the Friday the 13th movies.

All joking aside, this seemingly unknown gas, is one of the worst gases in the world when it comes to environmental sustainability and decreasing your environmental footprint, but it is one on which rely very much. So what’s the secret to SF6 management?

What is Sulfur Hexafluoride, SF6 Geometry, and SF6 Structure?

an inorganic, colorless, odorless, non-flammable, non-toxic but extremely potent greenhouse gas, and an excellent electrical insulator. SF6 has an octahedral geometry, consisting of six fluorine atoms attached to a central sulfur atom. It is a hypervalent molecule.

The molecule looks like a jack with bond angles with a central atom and valence electrons. Remember when you were kids and you played jacks? (I’m dating myself here, but it’s a really useful reference) At the center is a sulfur molecule and around the outside are fluorine molecules. This Lewis structure of SF6 is incredibly stable at 90 degrees in its ground state, even with the excited state of the electron and no lone pairs.

More than 10,000 tons of SF6 are produced per year at high voltages, most of which (over 8,000 tons) is used as a gaseous dielectric medium in the electrical transmission industry. It has an atmospheric lifetime of 3,200 years. Other main uses include an inert gas for the casting of magnesium, medically SF6 is used to provide a plug for a retinal hole in retinal detachment repair operations, historically it was used to fill aircraft tires and as an insulation in glazing windows. It was even used in Nike Air’s back in the 1990’s (yes that pump on the tongue was filled with SF6).

So fast forward 20 years, Nike stopped using SF6 decades ago, and tires are no longer filled with it. Although people with retina issues may still need SF6, the application is so small it is hardly worth tracking, and in this case the pluses outweigh the minuses.

Today SF6 is primarily used by electric utilities in gas insulated circuit breakers. These are large devices that help keep power moving from power plants to your neighborhood and they have these massive bushings:

This is a highly specialized and useful application that has been in use since the 1960’s. The owners of this equipment, electric utilities like Eversource, Duke and PG&E have been in the news lately.

It has been suggested that that we can eliminate this gas that has been circulating since the 1990’s. You should know that it’s an affordable, useful material that has some major negative environmental attributes.

So let’s put this in perspective. A typical passenger vehicle emits about 4.6 metric tons of carbon dioxide per year. This assumes the average gasoline vehicle on the road today has a fuel economy of about 22.0 miles per gallon, and drives around 11,500 miles per year. Every gallon of gasoline burned creates about 8,887 grams of CO2.

So 1 LB of SF6 vented or released = 2+ cars worth of carbon. So with 22M lbs produced that’s 46M cars off the road each year. It might appear that removing this gas from use would sufficiently make sense, and this might be true, but it would also leave the utilities with no present option to adequately and safely deliver power.

The good news is that although production is not declining, leak rates have been. The US utilities have joined together and made significant efforts to reduce SF6 greenhouse gas emissions. They have tightened up leaks, invested in new equipment and committed to significant reductions.

SF6 is like many controlled substances. It has a useful purpose but a troubling or impactful result if handled improperly. This gas will harm you by cutting off your access to oxygen in a closed work environment, but its greatest impact is to the environment.  Presently all mitigation or investment options have been centered around inventory management programs that track cylinders and recording the weight at each step in that cylinder’s life. The problem is that cylinders also leak. Recording activity related to the cylinder is great, but this record is often inadequately validated, and if the records are paper based, the papers are often lost or damaged. So estimates replace actual values, and if you are using Excel to keep track, then you are likely dealing with a massive bottleneck of information.

We have observed first hand the challenges that utilities face at the end of the year. They are collecting information from their field offices as they are trying to determine and “true-up” their results so they can submit records to the EPA and have information for corporate sustainability initiatives, including ESG reporting and sustainability audit questions. There is an EPA compliance program here in the US called the 40 CFR Subpart DD – National Emission Standards for Hazardous Air Pollutants from Off-Site Waste and Recovery Operations. This program  requires electric utilities with more than 17,500 lbs of SF6 installed to report their emissions. Additionally, The Regional Greenhouse Gas Initiative (RGGI, pronounced “Reggie”) is the first mandatory market-based program in the United States to reduce greenhouse gas emissions. RGGI is a cooperative effort among the states of Connecticut, Delaware, Maine, Maryland, Massachusetts, New Hampshire, New Jersey, New York, Rhode Island, and Vermont to cap and reduce carbon dioxide (CO2) emissions from the power sector. RGGI compliance obligations apply to fossil-fueled power plants 25MW and larger within the 10-state region. They also have a program for SF6 tracking where they include SF6 as part of the cap and trade mechanism, so all the utilities need to validate their activity. The process is very cumbersome.

Each cylinder tag is usually collected, (replaced if lost) and then turned in to a manager. The manager then transfers the records to another person who then turns in the records to the next person in line, and by the time the records are turned in, the manager has to validate the information. They do their best to perform this validation, but all kinds of things get in the way of thorough Subpart DD reporting:

These are the most likely suspects that represent the  “Phantom Emissions” related to SF6. We coined this term back in 2007 because we had to try and explain to clients why records were inaccurate. But by 2009 we had a new way of tracking events, and it changed our entire perspective on leaks, managing activity and improving visibility into issues that needed attention.

Traditional cylinder tracking was not able to do the work we needed done to accurately report on leak rates. We have written a paper on the topic and presented it a couple of times. This is a proven and successful process used by several utilities and other high profile clients.

This important gas, if treated properly can continue to support the US electrical transmission system, and many utilities want to achieve a 1% leak rate goal. Several get close, but they struggle to reach 1%. Our method is based on a series of trackable and already existing data points that are easily synthesized together to deliver exact leak rates without any phantom emissions to undermine the accountability.

The paper can be downloaded here, but I should also note that anyone tracking this gas should look at their processes and determine gaps in said asset management processes. Even with our proven method, you will still need to refine the way you do things in order to achieve 1%, 1990’s era spreadsheets and paper tickets are not the right set of tools to empower exacting results needed to convince the world that this gas is not only essential but manageable.

And if you’re looking for a partner in refrigerant tracking with experience in SF6, turn to Trakref. We’re a software corporation that has been in the regulatory compliance software and environmental compliance calendar software space for years. As an environmental software provider, we make sure our refrigerant capabilities will help you in your journey towards sustainability, including with SF6 gas. Get in touch with a Refrigerant Geek today.

Ted is the President & CEO of Trakref, a cloud-based HVAC/R and refrigerant management software company that provides unprecedented solutions for commercial properties. He has spent more than 20 years in the HVAC/R industry, even owning and operating one of the nation’s largest refrigerant reclaim and recycling companies.