Are you aware of the new proposed CARB GWP limits for new stationary refrigeration and air-conditioning systems?

This post covers the latest on the proposed amendments to the California HFC Regulation, including the CARB GWP limit of 750 for certain air-conditioning equipment.

On July 22, 2020, the California Air Resources Board (CARB) held a public workshop on proposed amendments to the California SNAP Regulation that sets new emission reduction measures, including

To give you some brief background, in 2018, CARB adopted a new HFC regulation with HFC prohibitions in certain end-uses, including retail food refrigeration, cold storage warehouses, vending machines, residential refrigeration appliances, and chillers.

Shortly thereafter, in September 2018, SB 1013 became law, and this adopted all of EPA SNAP Rules 20 and 21 (except as it applies to MVAC) into state law.

These two regulatory policies partly coincided in time, and, as you can guess, it produced stakeholder confusion.

Thus, in January 2020, such regulatory efforts were combined via administrative process and consolidated into one California regulation: the California SNAP Regulation. Check out our free and handy chart on California’s existing HFC regulation now.

The amendments, discussed below, would affect this regulation.

Let’s get into the details about the proposed amendments, particularly the proposed equipment prohibitions that would have GWP limits for new stationary refrigeration and air-conditioning systems.

CARB is proposing a GWP limit of 150 in new stationary refrigeration systems containing more than 50 pounds of refrigerant in new facilities starting January 1, 2022.

Stationary refrigeration equipment in new facilities that would be impacted by this prohibition and effective date include the following general end-uses: cold storage warehouses; industrial process refrigeration (excluding chillers); and retail food refrigeration. (See Table 3 and 4 of the draft regulatory text for full details.)

For air-conditioning systems, CARB has made the following proposals

The proposed rules for existing retail food businesses requires them to meet emissions reduction targets, using 2019 as a baseline year, with a 2026 or 2030 effective date.

In the public workshop, CARB mentioned that these proposed rules were developed by CARB and refrigeration stakeholders, including major supermarkets and organizations like the NASRC.

Well, that concludes the latest with the California HFC regulation. CARB is scheduled to present these proposed amendments in a CARB Board Hearing in December 2020.

The comment and feedback window closed on August 5th, so the refrigerant geeks at Trakref are now awaiting the 45-day notice, which is expected October 23, 2020.

While we are not for certain what will happen between now and then, one thing is for certain: monitor and manage high-GWP refrigerants now.

What do you think of these proposed amendments? Would love to hear your thoughts. Leave a comment below. 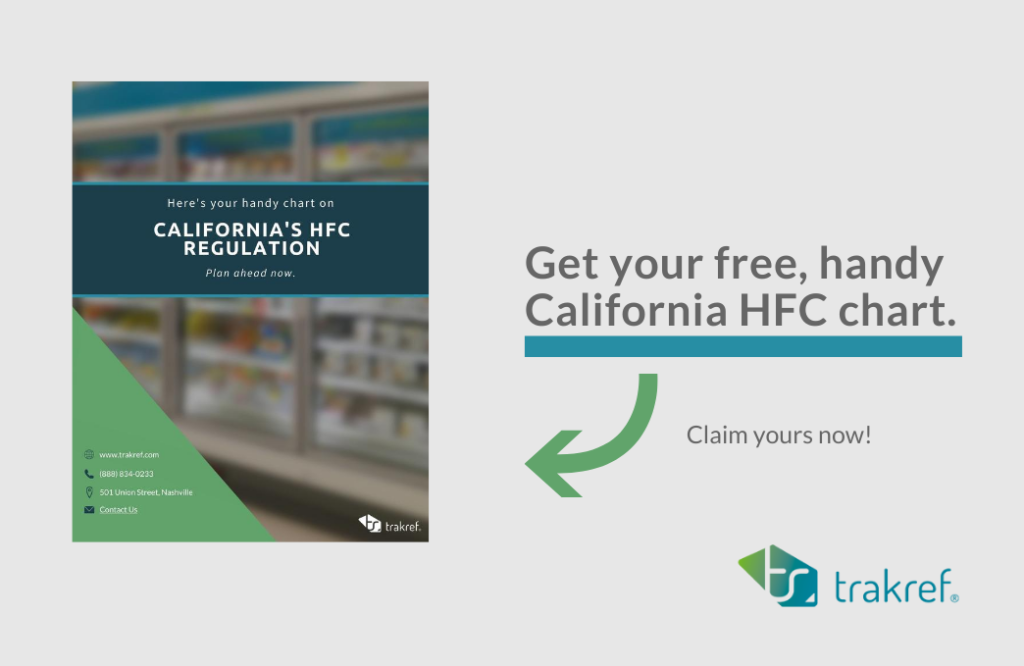 As always, thanks for joining, and be sure to tune in next week for the latest HVACR insight.

With an extensive background in HVAC/R public affairs and communications, Elizabeth Ortlieb serves as the Content Strategist & Policy Analyst for Trakref, where she tracks policy trends and provides updates to multi-level stakeholders. She can be reached at eortlieb@trakref.com